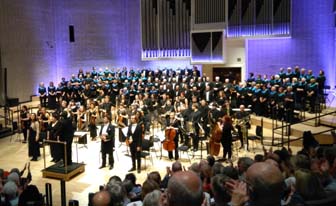 Based at Hemsley House, The Crescent, Salford, SCS is a leading amateur choir in North West England, with about 100 members.

Founded in 1947 at the instigation of Salford City Council officials to promote the revitalisation of culture following WW2, SCS now undertakes a range of repetoire from Baroque to 21st century, performing five concerts a year at venues in Salford & Manchester including the Royal Northern College of Music (RNCM), University of Salford's Peel Hall, Salford Cathedral and the Bridgewater Hall.

SCS is led by a professional conductor, Tom Newall; most concerts are supported by professional orchestras, accompanists and soloists.