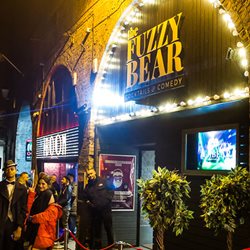 Situated just two minutes walk from Windsor castle (yes, we're neighbours with the Queen!), you can catch the biggest and best acts on the comedy circuit live on stage every single weekend.

Join us for live comedy, cocktails, pizza and after show club nights with DJs till 2.30am